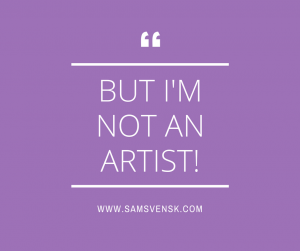 I hear this statement from my clients all too often! “But I’m not artistic,” they say, “I can’t even draw a stickman!” This often prompts one of my favourite discussion topics: “What does it mean to be an artist?” I usually ask.

Creativity manifests itself in so many different forms! Dancing is the modality in which I find myself, so much so that I consider movement to be my first language. When words fail me, I can most often move my way through an emotion until it reaches its full expression. Quite often I still can’t put a name to it, but is labeling a feeling always necessary? Some might argue with me on this point but, as I see it, releasing an experience through art helps to give it a shape, and through this shape we can find meaning, even if the meaning comes in the form of a sculpture or a dance.

I feel so privileged that I have been able to access my creative-self from such a young age. Whether you have identified yourself as an artist or not, one thing you cannot deny is that you, yes YOU, are a creative being. I have watched close friends tinker with computers and various gadgets I can’t even name (unless circle-thingy-doo counts?), troubleshooting tirelessly until it works. The creativity they access to be able to try, fail, and then try again differently, requires an ability to transcend traditional ideas and think outside of the box. Again, creativity comes in so many different forms if we can only stay open to the possibilities of our own gifts! 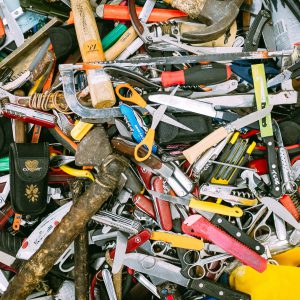 Now, let’s bring back the stickman example from earlier. I had a client recently who said to me, “I’m thinking of drawing my son, but the best I can do is a stick man,” as he stared at the daunting blank page in front of him. I encouraged him to draw this stickman, and to see where it took him. After a few more minutes of blank stares, and the eventual pastel to paper, he drew one stick man, and another, and another… The conversation later ended with “I never knew how powerful a stickman could be”.

In what ways does your creative-self come to life?